The Guide to Dethatching 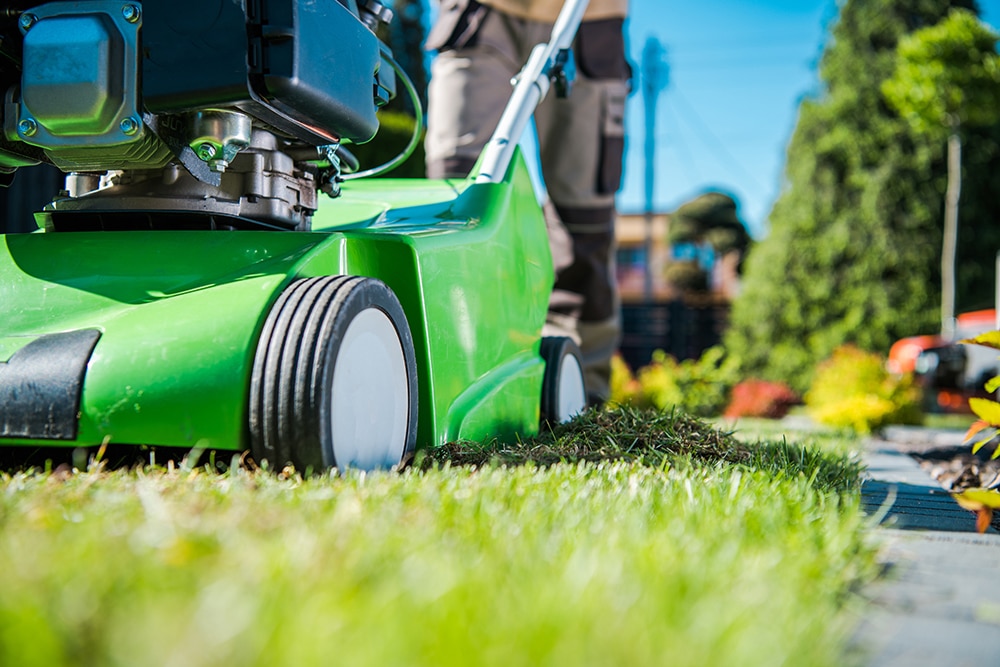 Thatch is the layer of plant matter—living and dead grass, leaves, and small twigs—that gathers at the base of your lawn. While a small layer of thatch can be beneficial to your turf’s health, when the plant matter builds up faster than your lawn can break it down, it becomes a problem.

Thatch can build up for several different reasons, including poor watering habits, excess fertilization or pesticide use, or infrequent mowing. It’s also a common issue for lawns that haven’t been aerated in a while. If you’re finding you need frequent dethatching, examine your lawn care routine to see if your habits are influencing the buildup of plant matter.

Dethatching is the process of removing the layer of thatch off the lawn, allowing the necessary nutrients to reach the soil and increasing drainage. When done properly and at the right time, dethatching can greatly improve the health of your lawn.

Why is Dethatching Important?

A small layer of thatch—less than ½ inch—can actually be good for your lawn, protecting against large temperature changes and retaining soil moisture while still allowing the necessary nutrients to reach the soil and roots.

Dethatching should only be done when the thatch becomes thicker than ¾ inch thick to avoid harming the plant. At that point, the thatch is too thick and begins to cause problems, reducing the grass’s tolerance for drought, cold, and heat. It prevents air, water, fertilizer, and sun from reaching the soil, and water can get trapped within the thatch, encouraging the growth of mold and disease. Too thick, and thatch also provides a convenient breeding ground for pests that are prone to wrecking your lawn.

When Should Your Dethatch Your Lawn?

When your lawn’s thatch becomes too thick, your lawn will have an almost spongy texture, and it will be hard to put a finger through the layer and into the soil. You can check the thickness of your lawn’s thatch by removing a plug or wedge of turf and measuring the thatch layer cross section.

Dethatching should only be done during your lawn’s prime growing season to help it recover faster; dethatch during the grass’s dormant period and you risk permanently damaging the plant.

Consider having your lawn aerated before dethatching. During aeration, plugs of turf are removed to create paths for water and nutrients to enter the soil. It assists thatch breakdown and helps prepare the plant for dethatching.

When it comes to dethatching, it’s wise to trust a professional, especially if the thatch layer is over 2 inches thick. Some lawns may need multiple passes to remove all thatch without harming the lawn.

Land Concepts handles core aeration and dethatching, as well as a multitude of other lawn care services that will keep the grass greener on your side. Learn more on our website, or contact us for an estimate.