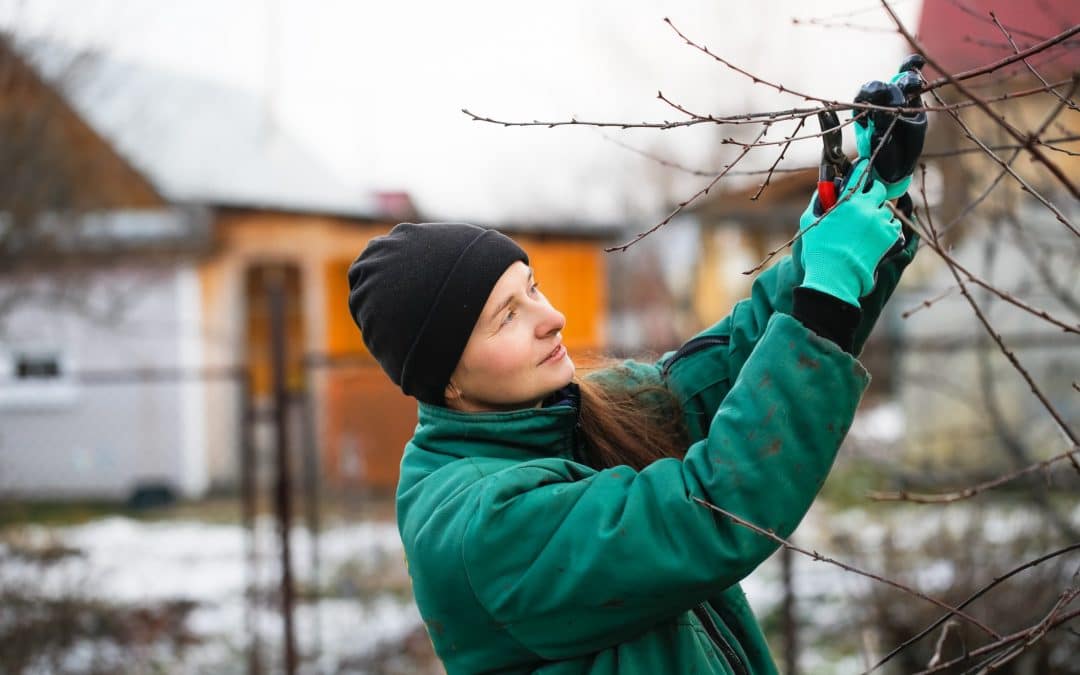 While most people tend to think of lawn care as something that stops after snow falls, winter is the perfect time to trim trees and shrubs. Deciduous trees go dormant in the winter, meaning a cold-weather prune can avoid many of the problems associated with warmer weather.

With the trees and shrubs bare of their leaves, dead or broken limbs which hid among the foliage during the summer become obvious. If you’re pruning the plant for shape, it’s also easier to tell which cuts will improve the overall silhouette.

The wound created from pruning normally makes trees and shrubs vulnerable to infections and infestations. However, parasites, insects, disease, and mold, which all thrive in the heat, are relatively absent in the winter. Arborists even advise certain trees only be pruned in the colder months to avoid these issues; elm and oak trees, for example, are particularly susceptible to Dutch elm disease and oak wilt.

When cut, a plant’s first response is to produce new growth to close the wound. If environmental conditions aren’t conducive, the plant can stress itself as it struggles to grow. Pruning the plant while it’s dormant allows the wound to heal without risking the above complications; then, come spring, the plant can grow stress-free in conditions that promote it.

Take care not to prune too early in the winter—closer to early spring is preferable. Pick a day that’s mild in temperature. Extreme cold or fierce wind could damage the plant’s wound, but melting snow carries the risk of waterborne pathogens.

Additionally, trees and shrubs that flower in early spring shouldn’t be pruned in the winter. Because they bloom from the previous year’s growth, cutting off old branches could prevent them from blooming and stunt their development.

If you’re questioning which branches to remove, look for obviously dead, dying, and diseased limbs. Branches that rub together, as well as downward-growing branches and stubs from old breaks, should also be removed. Cuts should be made at the node—the point at which the branch diverts from the parent limb. When addressing large branches, cut from the underside to avoid bark damage.

Questions about winter pruning? The team at Land Concepts is ready to answer—give us a call!